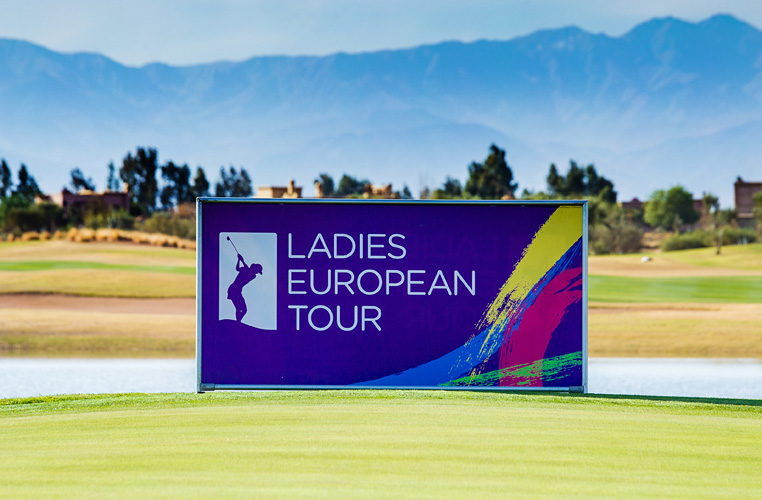 This week the second ladies’ major of the year takes place at Olympia Fields near Chicago. A total of 156 women are playing in the KPMG Women’s PGA Championship, one of who is Georgia Hall. She currently leads the Ladies’ European Tour rankings for the Solheim Cup but hasn’t played competitively since April when the LET travelled to Spain. Indeed her 2018 season has thus far comprised of just three starts.

Now, in an email (marked CONFIDENTIAL) sent to the players from the LET’s player president Helen Alfredsson, it has been announced that the Ladies European Masters has been cancelled. The event in Germany, which was originally played at The Bucks which is the home of the LET, has issues with their sponsors and the tournament has now been pulled from an ever-decreasing schedule.

The 2018 calendar, which was released in January of this year, showed events in China, Turkey, an ‘event in southern France’ and the Czech Republic but all four have already been removed from the schedule. The Ladies European Masters makes it five and Alfredsson’s email also advises players not to book their flights to Qatar for November due to the current political situation there. One worrying factor of all this is the Solheim Cup, a bigger one is the future of the LET. One unnamed player told The Times: “We do fear the financial collapse of the tour, especially when you look at the accounts. There are so few events now that earning a living is becoming impossible for many of the players. It is much worse than it used to be.

“Apart from the very top players we are like seasonal workers, earning a bit on the main tour and then having to play mini tours, which don’t make any money, and corporate days. We can’t commit to other work as the cancelling of events comes so late in the day. There were all sorts of noises that having golf in the Olympics was going to transform the scene for women’s golf in Europe but that has not happened. This mess has to be put at the door of the management — we pay their salaries through a 7 per cent levy on our prize money, and they are not producing. It is a total contrast to many other women’s professional sports in Europe which appear to be going from strength to strength.”

As with everything there is two sides to every story. I sat down with the LET Ivan Khodabaksh recently and, while he admitted that his job was far from straightforward, he did point to a rosier future particularly with the money that the Solheim Cup would bring in.

“In the past we haven’t exploited the value of it. It’s only now with the 2019 competition that we are actually getting great financial benefits for the tour. In 2011, there was the economic crisis in Ireland. In 2015 the contract was already signed so I couldn’t do anything on the finances and, in fact, we did spend a bit on the tournament as I wanted to showcase the LET in a positive way,” said the chief executive.

“And it’s paid off by not only having Gleneagles as the 2019 host, but at the bidding seminar we had 10 countries sitting around the table and this of course creates conversations for us.” Time will tell what the future hold for the tour but don’t expect to find out what the players think in the coming weeks as they have all been sworn, via Alfredsson’s missive, to secrecy.

“Even though you will all feel sad, disappointed, upset, furious, angry, and I must say rightfully so, but I ask you PLEASE KEEP IT INSIDE THE ROPES!” Ivan thunders. It is tough enough, but just all try to be a team at this point and look professional. We won’t gain anything by using social media to vent the frustration, I BEG YOU!!!”