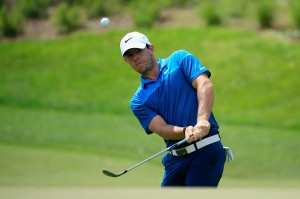 Rory McIlroy has hardly set the world alight so far this season but we know he will be aiming to peak in time to clinch his first Green Jacket and that coveted career grand slam.

We know McIlroy is capable of putting good scores together at Augusta and he is definitely the man to beat but there are quite a few players who could happily spoil the part for the Northern Irishman.

Let’s take a look at 10 players who could scupper the world number one’s grand slam bid.

We were in this position 12 months ago after he triumphed at the WCG-Accenture Matchplay. A thumb injury put the skids on his challenge last year but if he is 100 per cent fit this time around then he could be Rory’s biggest threat. Good Augusta form, great ball striking and imagination, a fighter and well overdue his first major. 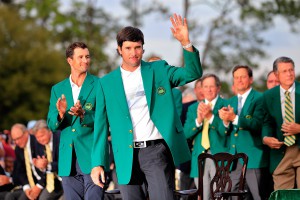 You can’t ignore a man who has won it twice in the last three years no matter what form he is in heading down Magnolia Lane. There’s something about Augusta which brings the best out of Bubba and if on his game, he’ll be very difficult to stop. He relished chasing down Jordan Spieth last year but will be interesting to see if he could do the same if a rampaging Rory was out in front. 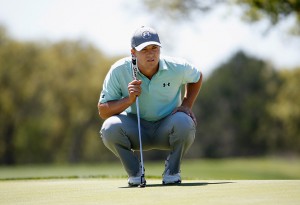 Was in fine form at the turn of the year and despite going off the boil, he has been back to his best with another win and a second place. Has openly admitted to feeling the pressure when leading last year but has shown an immense level of maturity for someone so young. He has learned a lot in the last 12 months and his two victories earlier this year proved he is capable of closing out a win when he gets in front. Still slight question marks over his temperament when things go wrong but a definite contender.

Fantastic effort by the Californian in the majors last year but there are two ways of looking at it. It is only natural to have concerns about a player who gets close very often but doesn’t get the job done (think Phil Mickelson pre 2004). But there’s little doubt Rickie has got the game to win multiple majors. His T5 last year was his best effort to date and you get the feeling he will only get better. He’s gone head to head with Rory a few times now and is yet to get the better of his former Walker Cup rival but surely that run can’t go on forever?

With two wins to his name already this season, the Texan looks ready to win a major. It’s been a remarkable two years for the American who seemed to come from nowhere to be challenging at the top of the leaderboard in almost every event he plays. He has only played in one Masters so far and his tied eighth last year was ridiculously good for an Augusta rookie. Certainly a man to fear.

He’s never really set the world alight at Augusta but has proved he can go low. Five top 20 finishes in his last seven visits make him a worthy contender. He’s at that age now where adding to his major collection will be his main aim each year. Hasn’t got that pressure of trying to win his first Major so will feel comfortable if in contention on Sunday.

Unlike Rose, that pressure of not winning a Major may be starting to wear heavy. But this isn’t the flaky Stenson of four or five years ago. Has been camped out at the summit of the world rankings for the past two years and has been knocking on the door in the Majors. He’s yet to register a top 10 at Augusta but has steadily been improving over the past three years. If he can get his nose in front he’s more than capable of blowing a field to pieces. 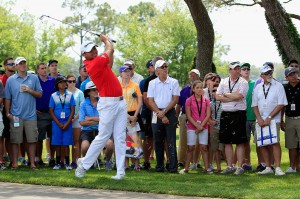 I know, I know, rookies don’t win at Augusta but this guy has had a truly remarkable year. A tied fifth at the US Open and a tied 15th at the PGA were followed by wins at the Turkish Airlines Open and the Waste Management Phoenix Open. Rory is the best driver in the world right now and can intimidate most players off the tee. But Koepka is up there when it comes to driving distance and one of a few players who would be hitting second from the fairway when playing with McIlroy. Like Spieth, he has shown great maturity and seems to have all the right ingredients to become a major champion.

Yes really. We all know time is running out but his game looks in decent shape and has a great recent Masters record – worst finish in last five years is tied 11th. Don’t be surprised to see the Englishman in contention again. You get the feeling an on-fire McIlroy will be too much for him to handle but if all these contenders fail to hit the heights, Westwood could swoop in for that elusive Major.

Like Westwood, he’s a seasoned Augusta performer now. has only missed the cut once since his debut in 2004. Revitalised by his equipment switch to Titleist and seems to be getting injury free and into some form. If he gets a sniff on Sunday we could see the eyes-bulging Ryder Cup player from Celtic Manor or Medinah and I don’t think Rory, or anyone else, would want to go up against a fully fired up and on form Ian Poulter.