Former world number one Luke Donald is the man to miss out after suffering a slump in form amid attempted swing-changes.

With Ian Poulter’s Ryder Cup record and Gallacher’s recent form it was always likely to be a straight choice between Westwood and Donald.

Both have slipped down the world rankings in 2014 but Westwood produced a better showing at the majors and has a wealth of Ryder Cup experience to call upon. It will be Westwood’s ninth appearance in the event. 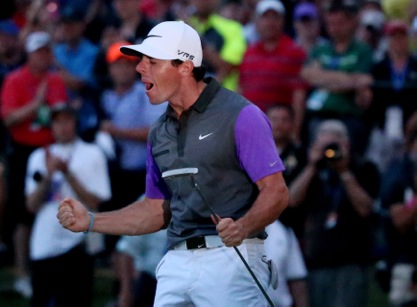 Donald led out Team Europe in the singles at Medina in 2012 where he beat Bubba Watson and has a record of 10.5 points from a possible 15.

McGinley admitted it was a very tough phone call to make.

“His record in the Ryder Cup is absolutely outstanding. It was a very, very difficult decision to make but one I had to make.”

“He was obviously very disappointed but his last two words were “go Europe” which speaks volumes.”

Westwood, who has an overall record of 18 wins and six halves from his 37 matches spanning 17 years, said: “I’m obviously delighted. The Ryder Cup has always been a massive thing for me and I was delighted to get the call from Paul. It was a long day yesterday but when Paul rang with the good news I was relieved.”

“I’ve played a lot better in the last month and a half and I’ve been showing some form and giving Paul a reason to pick me. I’m delighted and honoured to be representing Europe again.”

Poulter said: “I’m absolutely thrilled. To get the call was amazing. I can’t wait for Gleneagles. It’s a fantastic feeling and I’m proud to be a pick. The Ryder Cup means a lot to me and I can’t wait. It’s always difficult to make a Ryder Cup team and this one was no different. Paul had a very difficult decision with some fantastic players to pick from.” 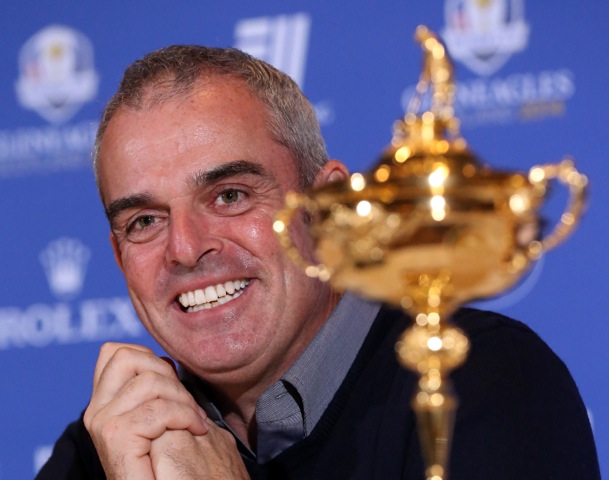 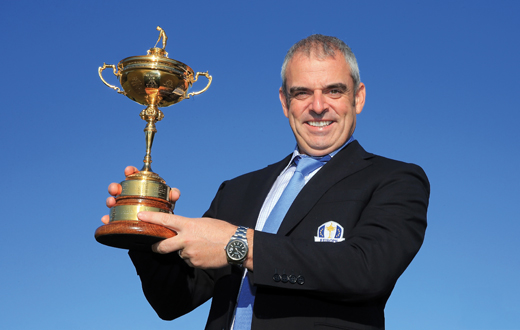 Gallacher said: “It’s massive for me and my family. It’s been a goal all my career to play in The Ryder Cup and I was delighted to get the call from Paul. It was a long day yesterday.”

“On Sunday I had mixed emotions. I was delighted with the way I played but disappointed not to have made the team automatically. I knew there were other great players in with a shout of getting a pick, so I really didn’t know what was going to happen. I’m just glad it all turned out okay in the end.” 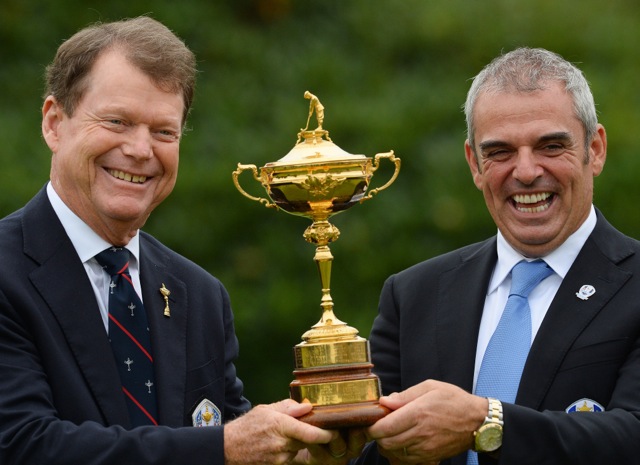 Bradley, Mahan and Simpson get the nod for Team USA

Watson’s picks were widely expected with Bradley forming a great partnership with Phil Mickelson at Medinah, Mahan winning The Barclays last month and Simpson showing a timely return to form.

Simpson was also a successful partner for Bubba Watson last time around.

Tom Watson admitted he had plenty of options but is confident he has the right 12 players to take the Ryder Cup trophy back over the Atlantic.

“There were several people in the mix for my three picks,” Watson said.

“A lot of players are starting to play well from the American side and that’s a good thing. We are going to need it.”

“The Europeans, on paper, have been touted as being the favourites and we are the underdogs but I have a fundamental belief in my team.”

Bradley, 28, who was undefeated playing alongside Mickeleson at Medinah before losing to Rory McIlroy in the singles.

“I’ve made no secret of how important this team is to me and how badly I want to go back and win the Ryder Cup,” he said.

Mahan, 32, was part of the successful USA team at Valhalla in 2008 but crucially lost to Graeme McDowell in the singles at Celtic Manor in 2010 which ultimately cost his team.

Simpson, the 2012 US Open Champion was a rookie at Medinah where he performed well with Watson in the singles before losing to Ian Poulter in the singles.