“I love links golf and St Andrews is the father of links golf.”

Tom Watson is preparing for his 38th and final Open Championship. It promises to be an emotional week

The ageless American has charmed The Open crowds with his humble smile and his love and respect for links golf.

His final opportunity to do so is upon us, and there will barely be a dry eye in St Andrews come the Friday or Sunday of Open week when he makes his final competitive crossing over the Swilcan Burn.

“It feels somewhat like a death in the sense that it’s final, but the other thing is that there are so many great memories about it that it fills the void of disappointment or the melancholy-ness of the finality of it.

“It’s the way you look at it and I don’t know how I’m going to react when I come here – probably a few tears but we’ll just have to see.”

Watson never won at St Andrews – or at least hasn’t yet – but few would begrudge him the chance to bring down the curtain here, even though he had to make a special request.

“I asked Peter Dawson last year if it would be possible for me to play one more Open Championship, because last year it was the end of my exemption, to be able to play St Andrews in my last Open but he said “I’ll get back to you”. And very shortly afterwards he said: “You’re on”.

It can be taken as read that Dawson, the R&A’s chief executive, did not have to think for too long before making what is, it should be remembered, an extraordinary exception.

“Tom is the most successful Open champion still playing and has made a huge contribution to the Championship over the last 40 years,” said Dawson.

“His performances in winning the Open on five occasions were truly outstanding and to come so close to winning a sixth in 2009 demonstrates his longevity. I’m sure fans everywhere will look forward to seeing him play again at St Andrews.” 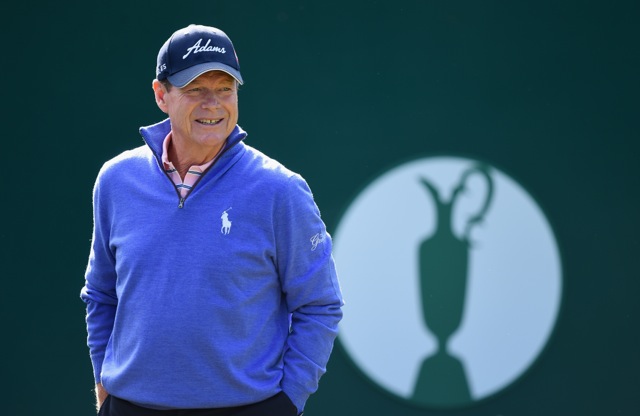 For his part, the 65-year-old makes a typically lyrical case about why the end should come on the Old Course.

“I love links golf and this is the father of links golf,” said Watson. “This golf course, the history, almost every great player has played here.

It is less well known that Watson’s love affair with the traditional form of the game was not immediate, even if his first attempt to win the Open was a successful one.

If asked by a Spieth or a Fowler to explain what it takes to become a great Open player you might be surprised by the answer.

“Embrace links golf earlier than I did. Even though I won early I had a love-hate for the golf courses themselves.

“At first I tried to carry the ball on the greens and stop it. I couldn’t do that – and that frustrated me.

“I didn’t like the game that way. To bounce the ball when you have to play away from the flags at times; when there’s no way to stop the ball at times to get it close, you have to play up to the side of a bunker.

“That’s particularly true here at St Andrews where they can hide some of the flags; you can’t aim at the flags but have to aim at the sides of them, and get the right distance so you have a reasonably good putt at birdie.

“To get the exact distances is the key to playing links golf. It’s a lot easier in soft conditions where you can stop the ball quicker. But in firm conditions, you add the bumps and the humps of the links greens and fairways, to negotiate those and get the right balance, play the wind correctly. To get the right distances is the most important factor of playing them well.” 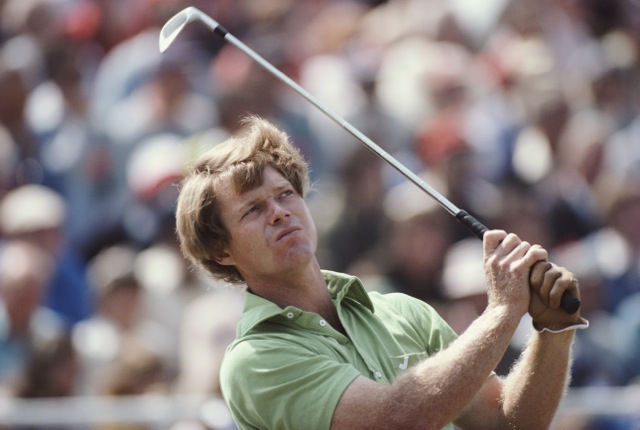 Despite his initial discomfort, a second Claret Jug followed in 1977 at Turnberry – the Duel in the Sun when he and Jack Nicklaus effectively played in a tournament of their own.

Next up was Muirfield, then Troon and finally Birkdale. Five titles in nine Opens is a success rate only ever matched by James Braid.

“I had a huge stretch of golf there for a number of years where I was playing well. My short game was always very good, and I think a lot of my victories had to do with being able to get the ball up and down.

“A lot of golfers, especially in poor conditions, are going to miss greens and that was my forte – when I missed a green I was able to get the ball up and down. That’s what you have to do here.”

On the course, only in the last couple of years does Watson feel the passing of time has fundamentally altered his approach. He is now at a disadvantage because the tees have moved further back as his physical capabilities have waned.

“On the Old Course, with the 4th tee ball, I can’t hit it far enough to hit it over the mound on the left there, where I used to be able to carry it over into the fairway. I might have to play on the mound anyway, and play it out of short rough.

“Or, if there’s long rough, I’ll have to go off up the right. And there’s a fairway that snakes up to the right but it’s very narrow, and there’s lots of trouble there. So that’s the tee ball that probably concerns me the most.

“I can’t hit the ball far enough now to get over the Hell Bunker at 14. Before, I could knock it onto the green in two but now I have to play it well off to the left and put in a shot from that angle.”

This is the sportsman’s double bind of the ravages of time: your decline is exacerbated by the athleticism of the younger generation.

But for all of Bubba’s bendy power, Dustin’s casual litheness and Rory’s embodiment of the modern athlete, the knowing golf fan will only have eyes for one man at St Andrews.

A 65-year-old with a slight stoop and a warm smile. Here for one last time. Don’t miss it