Rory McIlroy’s 2017 was one to forget with no wins. But he has already planned a fast and furious start to next year with one eye, as ever, on Augusta. 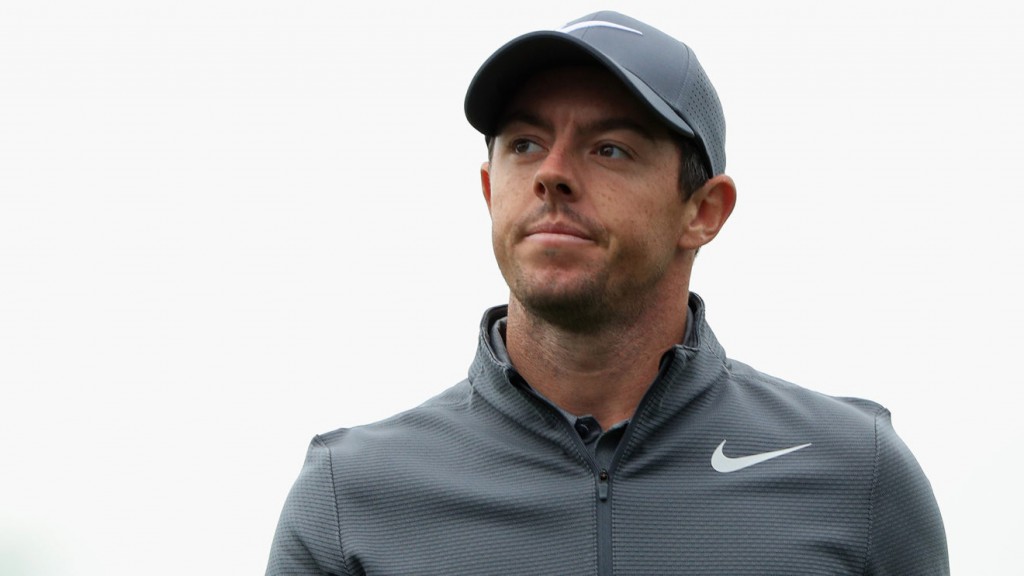 It won’t be too long before we can all start talking about our favourite subject in the game: Rory McIlroy and the Masters.

While we might not yet be in the realms of Phil Mickelson and his annual quest to win the US Open, and complete his career Grand Slam, this will be McIlroy’s 10th trip to Augusta National and he still hasn’t contested well into the back nine on Sunday.

In 2011, of course, he actually led when standing on the 10th tee but a triple bogey there and four putts at 12 meant he was done for, scorewise and moreover mentally.

“The second shot to the 1st hole on Sunday was the first time I felt defensive all week. I said to myself, ‘Don’t go left.’ From the 10th green to 14th tee it was all was a bit of a blur, everything that could go wrong did go wrong. The whole situation got to me.

“I got on the phone to my mum the next morning and that’s when it hit me – and I actually cried.” 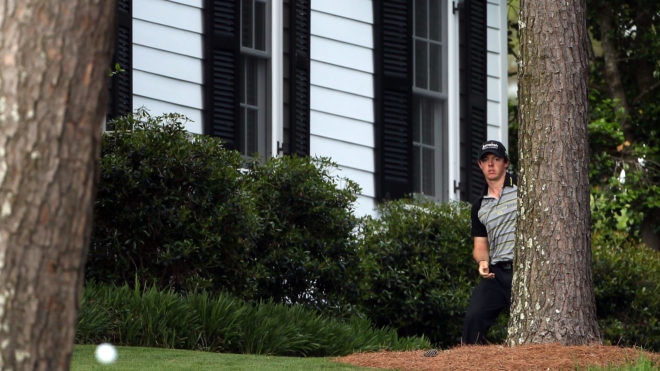 Less than two months later he won the US Open, and his first major, by eight shots.

In 2014 he added the Open Championship – and a second PGA – to leave him just hanging, in terms of the Grand Slam, on the Masters.

Who would have thought Augusta would be the only blank on McIlroy’s major CV? All those high, towering tee shots and approaches. The four par 5s to get his teeth into. The knowledge that he was four clear going into that Sunday six years ago and without even putting that well. Surely it’s made for him?

But here we are in the middle of one of sport’s great anomalies, like Tony McCoy not winning the Grand National until his 15th attempt or Jimmy White not winning the World Championship at all.

The usual cod psychology will be upon us before we know it – does he putt well enough, they’ll all be saying, if things aren’t going his way? Is he putting too much pressure on himself? Does he want it too much? Is he over-thinking it? Is he over-preparing? Last year he played over 100 holes in preparation in a bid to make it feel like his home course and was then 3-over after just eight holes.

He’s said it’s the only opening tee shot on a Thursday that makes him nervous – why is he getting so spooked by the whole thing? 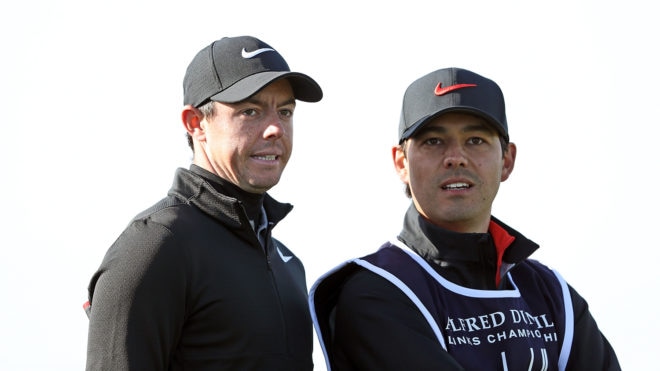 This year at least things will be a bit different. It will be his first Masters as a married man and it will also be his first with his best man Harry Diamond by his side.

It seems Diamond has got the gig for the foreseeable future on maybe the hottest bag in the game. The pair got together for seven events following the split with JP Fitzgerald and, while they missed out on the Tour Championship on the PGA Tour, there was enough to suggest that it might work. A fifth place at the Bridgestone, a second at Close House – maybe McIlroy was now in a better place, maybe he was feeling in less pain.

“I was just getting increasingly frustrated and frustrated for the wrong reasons,” McIlroy said at TPC Boston. “I think having Harry on the bag, I’ve been happier and more jovial out there and not getting as hard on myself. It can only help, if I hit a bad shot, forget about it and talk about something else. Just try and keep going.”

Which, you might think, would be the perfect outlook for Augusta. Or anywhere for that matter.

The pal-on-the-bag route has worked wonders for Tommy Fleetwood and Tyrrell Hatton while Jason Day and Phil Mickelson will be hoping for some of the same success.

Which is just as well because McIlroy, who missed chunks of a winless 2017 with a rib injury, will be leaving no stones unturned in terms of tournament starts early next year. 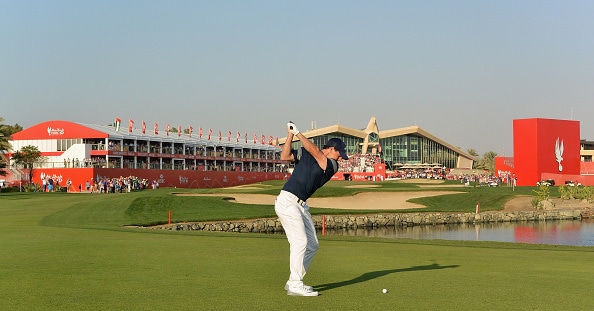 Having not been fit enough to tee it up at the Tour Championship in Dubai, the four-time major winner has already pencilled in seven starts before Augusta.

First up will be Abu Dhabi, as usual, followed by Dubai the week after which, given Omega sponsor the event and McIlroy, was also a banker. Two weeks later he will make his Pebble Beach debut before making his way to Riviera and then the Honda Classic, scene of a previous win in 2012, a play-off loss two years later and that spot of ‘toothache’ in between, to make it three weeks on the trot.

In March there are two guaranteed stops at the Valspar at Copperhead and then Bay Hill the week after. What have yet to be added to the diary, and which may depend on his fitness and form or they might not be part of his plans at all, are the two WGCs, in Mexico and the Match Play, that bookend the March tournaments.

He has stated that he wants to use this enforced break to get the second part of his career going. And, as we all know, that means getting his major numbers up – nobody could have predicted after winning two big ones in three weeks in 2014 that would be it for now.

“I’m not getting any younger. These three months off could give me the foundation to have the next 10 years be even better than the 10 years I’ve just had. Hopefully, that turns a great career into one of the greatest careers.”