“I think he has an opportunity to win 15 or 20 majors or whatever he wants to do if he wants to keep playing. I love his swing, I love his rhythm, I love his moxie. He’s got a little swagger there, it’s a little bit cocky but not offensive.”

When Jack Nicklaus speaks we all sit up and listen so when he suggested, at the back end of 2014, that Rory McIlroy could surpass his major tally of 18 then we could all begin to wonder if he could genuinely be the best ever. The GOAT. 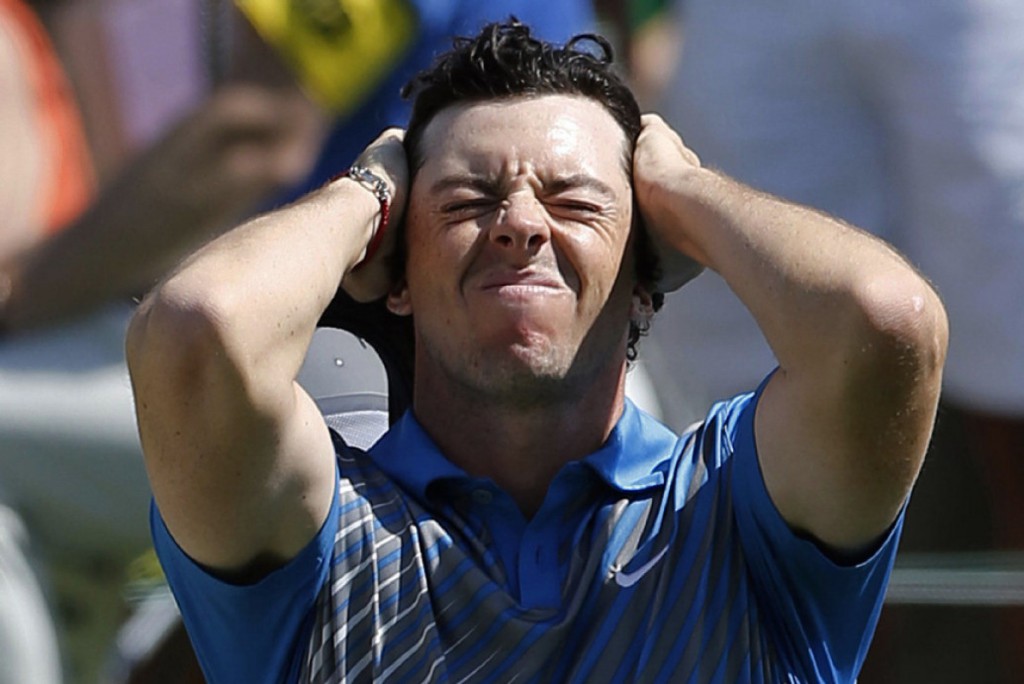 Nicklaus isn’t one to get carried away like the rest of us, he’s done and seen it all before, but the facts were right there. The boy wonder’s first two majors came courtesy of eight-shot triumphs, his next two, in 2014, came after battling it out against the best in the business: Sergio Garcia, Rickie Fowler and Phil Mickelson. In between the Open and PGA wins there was also a first WGC title at Firestone, all in the space of four weeks.

Three years and 12 majors later – 4-9-DNP-17-10-MC-5-MC-7-MC-5-22 – we are all wondering where the next tour win is going to come from. The closest he has got to the winner in that period is five shots back. The last victory came at the Tour Championship last September.

I have been lucky enough to interview McIlroy a couple of times. The first time he was still a teenager and full of puppy fat and facial bum fluff, as well as the owner of the most remarkable rapid swing on a range packed with seasoned European Tour pros. Looking along a line of similarly rhythmical movements one stood out, that of the 18-year-old from Northern Ireland, both for the speed and balance as well as the repetitive thud of the ball meeting the 150-yard board in the distance.

The second time was a week after that win at Valhalla in 2014, the last of his major successes. It took place in New York to mark the launch of some new Nike clubs and Tiger Woods, who had begun 2014 as the world No. 1, was also present. Nobody said as much but it seemed to be a handing over of the baton, one player very much on the up, the other unable to hit any balls at the launch and struggling with his back.

This year it has become a weekly guessing game as to what is not clicking for McIlroy. At Augusta he said: “It was quite a consistent, steady Masters for me. I felt like I had an opportunity on Saturday to shoot something in the mid to high 60s and I didn’t quite do that.” As for the early-season rib problems he saw those as more of a positive than negative.

“I feel the time off was more of a blessing. I got to work on some stuff in my short game. I felt as comfortable on the greens here as I ever had, even though I had a couple of three putts. Every time I come back here I’m more and more comfortable.” Erin Hills and his first major as a married man brought an opening 78, despite an early eagle, and a third US Open missed cut since his runaway victory in 2011.

“I hit the fairway on the 10th, and I didn’t hit one on the way in. You cannot play this course if you’re not in position off the tee. Obviously, I paid the price for that.” The rib, he added, was not to blame despite having to miss Wentworth the previous month. As for the Open, at times McIlroy’s golf was sensational. But to begin with it was ordinary at best. After his opening round he admitted, to his great credit as always for telling it like it is, to feeling anxious and nervous.

By the end of the week he said it was his iron play that had mainly let him down, no mention of the putter, the rib or the weather. It proved to be the final outing for his long-time caddie JP Fitzgerald. 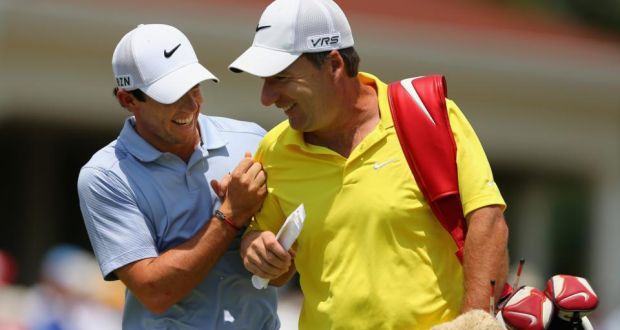 Quail Hollow was supposed to be something of a tap-in for McIlroy. Rounds of 66-62 over the weekend in 2010, his first PGA Tour success, and a seven-shot demolition two years ago, which included a third-round 61, meant that he would line up as the favourite for the week albeit on a toughened-up layout. The 20-1 odds available at Birkdale were now down to sevens.

Fifth last week at the Bridgestone, pounding his 3-wood more 300 yards on the range at the start of the week, all the stars seemed to be aligned.

But the numbers on the course didn’t add up. He was second for driving distance but 124th for accuracy off the tee. His total putts were outside the top 50, he was 84th for approaching the green.

But while we all try to calculate the glitch that is short-circuiting his golf McIlroy might now be out for the rest of the year.

The rib problem that he picked up after testing out all that new equipment at the start of the year is still troubling him, something that a few have been whispering for some time.

After signing off his 2017 majors with a 68 McIlroy revealed all, speaking in a resigned manner that we might not see him for quite a while. The hunt for a new caddie can wait.

“Right now I can feel my left rhomboid going into spasm,” McIlroy said. “It’s sort of the way it has been for the last few weeks. I have upped my practice coming into these events because I wanted to feel like I was in a good place in my game. But right now it’s a tough one because I go out there and play and shoot decent scores, but when I come off the course, I feel my left rhomboid going into spasm. The inside of my left arm goes numb. The more I play, it’s just not allowing that time to heal 100 per cent.

“I don’t know what I’m going to do. You might not see my until next year. You might see me in a couple of weeks’ time.”

Coming up is his FedEx Cup defence, then the end-of-season business on the European Tour. But McIlroy’s main thrust, already, is getting ready for Augusta.

“I want to get back into that winner’s circle. You don’t want to be teeing off at 9.45 on the final rounds of a major on a Sunday. That is not where you want to be. The next big thing is April and that’s really what my focus will be on from now until then.”

The good news is he’s got 235 days to get himself sorted.