Northern Ireland’s Royal Portrush will host the 2019 Open Championship becoming only the second course outside Great Britain to do so.

What other courses could or would you like to see as a venue for future Open Championships?

Everyone will have their own opinion, but why is your choice a good choice? What does it offer that current venues lack? Would it add to the rich history of golf’s premier Major?

We debate where we would like to see the iconic tournament be played, and why…

Will Shucksmith (WS): Royal Dornoch –  I think Tom Watson’s quote of if being the greatest links course he has ever played is enough for me… 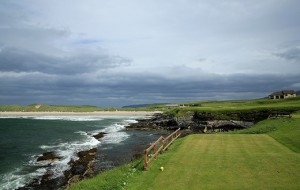 James Savage (JS): Sunningdale (New) – Not a links course but it will still offer a uniquely British (UK) challenge unlike the other courses used in the Majors.

It’s got the history and already has the relationship with The Open through qualifying and the Senior Open.

I think The Open should be about showcasing the best of British (UK) golf courses so Sunningdale certainly offers that.

There’s nowhere in the rules that states it has to be a links course. Is there?

Karl Hansell (KH): With no Open ever having been hosted on the East coast between Muirfield and Royal St George’s, I think there’s a need to plug the gap.

And for me, the ideal choice is Bridlington Links.

It’s fits the bill as a links layout (it’s there in the name, if not on the course), and there’s 210 acres of holiday homes and static caravans, with accommodation starting at just £35 per night. 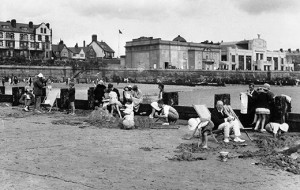 If we’re talking about making golf more accessible to your everyday Joe Public, then what better way to go about it?!

Then after the golf is done, golfers can head into Bridlington, which looks uncannily like St Andrews when viewed from the fairways, and enjoy a town so groovy even McDonalds decided it couldn’t sustain a takeaway there.

Instead, there’s an 800-year-old harbour with speedboat trips to keep everyone entertained and, like, 20 miles of sandy beach, all the way down to Spurn Point, where the WAGs can sun themselves while their hubbies are playing golf.

Yorkshire can proudly claim to be one of the real hotbeds of golf in the UK, we’ve got more fairway per capita than anywhere else in the country, so what better way to say thanks than to bring the Open to our shores?

It was off this coast that the famous American pirate John Paul Jones terrorised the East of England during the War of Independence, so how fitting would it be for some more home-grown heroes to repel the challenge of the American invaders, bidding to steal our most precious treasure away?

It’s a fairytale story that basically writes itself.

Damien Wilde (DW): I like the idea of the Open moving around the UK.

As long as a course and area has the infrastructure to facilitate upwards of 70,000 fans then it’s going to be a great financial incentive for some clubs to invest in themselves. 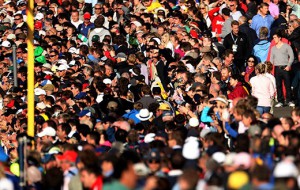 Maybe the R&A could have a bidding process or a handing over process, not too dissimilar to the Olympics and Commonwealth games?

Look no further than our recent Top 100 Links for some of the finest courses that at present would never get a look in due to the requirements.

Surely it would only be a good thing?

Dan Murphy (DM): Karl has got a point. James hasn’t.

The Open has to be on a links course. It’s the coolest thing about it. So cool that the USGA tried to make their US Open venue this year, Chambers Bay, into a links course by simply not watering it.

But this is not a laughing matter for me so I’ll give you a serious option from each of the four home nations: Royal County Down, in Northern Ireland; Saunton, in England; Royal Porthcawl, in Wales; Royal Aberdeen, in Scotland.

Actually, can I have another one in England and add Royal Cinque Ports. 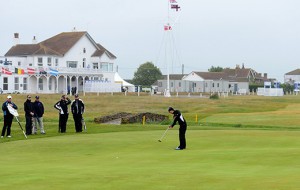 They would all be pretty good in different ways.

At the moment, the R&A look spoilt for choice with 10 courses on their rota (not that there actually is a rota, of course).

Each one is capable of hosting a 21st-century Major championship.

That counts for a lot because going to a venue for the first time is a massive logistical challenge.

It’s much easier to tweak the template of an existing venue than it is to start again from scratch.