Buy a golf insurance policy this July and we’ll enter you into our exclusive prize draw to win a 2-ball at Royal Birkdale Golf Club, plus an overnight stay for two.

The Open Championship returns to Royal Birkdale, Southport in July 2017 and we’re giving you the chance to play the same course that the world’s greatest golfers will descend on next year.

Entry to this prize draw is deemed acceptance of the following Terms & Conditions:

We’re offering one member of The Golfers Club the opportunity to win a dozen Srixon AD333 golf balls.

Question: How much does a TGC policyholder get reimbursed to cover a hole-in-one bar bill?

Simply email your answer to competitions@twww.golfcare.co.uk with details of the prize, your name, membership number and contact number. The prize draw will take place on the 3rd September 2016. 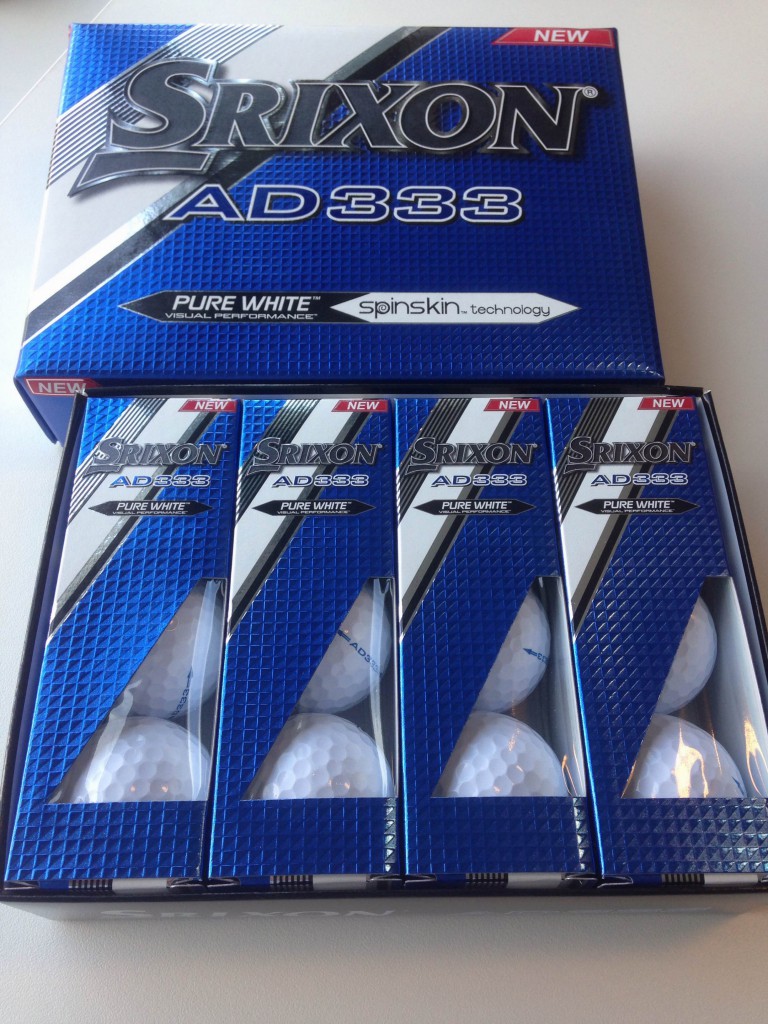 We’re offering three members of The Golfers Club the opportunity to win a Mizuno tour cap and visor.

Q: Which golfer is nicknamed the ‘Great White Shark’?

Simply email your answer to competitions@twww.golfcare.co.uk with details of the prize, your name, membership number and contact number. The prize draw will take place on the 1st August 2016. 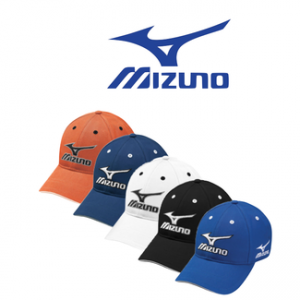 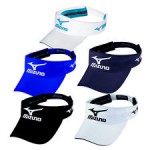 Me and my golf discuss the three biggest myths seen on the golf course with a driver. The first myth being the need to take your driver back both low and wide to gain extra distance. This isn’t recommended as it can hinder torso and wrist flexibility through the swing. Then there’s the second myth that you must keep your head perfectly still throughout your swing. This is false because keeping your head perfectly straight when driving can lead to a lack of suppleness in the torso during your swing and therefore lack fluidity when driving.

The third and final myth when using the driver is that you must swing the driver back and through on a straight line to the target. Again, this is a myth because the golf club moves through an arc when you swing the golf club rather than a straight line. Ideally, you want to open the club face on your drawback, close it back up for connection and then open in it when following through.

The innovative new hybrid sport of FootGolf, which combines football and golf, is growing in popularity. There are now over 30 countries where FootGolf is played, and its popularity is being felt by golf courses, both positively and negatively. But,what effect is it having on the traditional game of golf in the UK?

The rules of FootGolf are the same as golf, except you have one football and you use your feet rather than golf clubs. The aim is to get your ball into an oversized golf course hole with the least amount of kicks.

FootGolf is not a fad that is expected to dwindle away anytime soon. It all began in Holland in 2009 and its popularity has been rapidly growing ever since. In 2012, the first ever FootGolf World Cup was held in Hungary with eight countries competing. And the game hasn’t looked back since. Now, there are individual and team tournaments for footgolfers to compete against one another, both regionally and nationally, on a consistent basis. Here’s some footage of the inaugural FootGolf World Cup tournament.

FootGolf, believe it or not, has already led to traditional courses closing. A handful of UK golf facilities have actually made a complete switch from traditional golf to FootGolf. One of those being Grimsby Golf Centre, they’ve said that since the golf course’s conversion to full-time FootGolf, user numbers have increased by 300 percent across the whole facility.

“FootGolf is a remarkable phenomenon. It is transforming golf facilities across the country and I have no idea where this new extremely popular sport is going to end up,” said the venue’s owner, Colin Jenkins.

“It is extremely popular and brings a completely new audience to golf centres. Golf needs to be more ‘rock n’ roll’ and this louder and more accessible hybrid of golf and football is generating real revenues for facilities that need and want to find new customers.”

“Almost anyone can kick a ball, so it is a very inclusive sport and one that does not require expensive equipment or lots of practice. It may not be the same as cricket’s Twenty20, but for those of us operating public facing golf facilities, it is fabulous. Golfing purists may look down their noses and tut, but it will bring more people into the sport of golf than any other promotion and it’s fun.”

It’s no surprise then that consequently, there has been resistance to FootGolf from some golf clubs. And when golfers have shared courses with FootGolf players, it has caused friction.

In a recent survey, a handful of golfers explained that they felt disrespected by footgolfers. “Thirty screaming kids on the course running around with little to no supervision. No enforcement for the pace of play. They literally allow players to bounce from hole to hole to avoid the footgolfers,” a reviewer said. “Every sand trap was trampled and not raked, and there was trash all over the course.”

Even if there aren’t footgolfers on the course during a round, some players have posted comments indicating that they’ve found having two pins on one hole confusing.

However, there are others that believe the statistics don’t lie and that there is a place for FootGolf in the UK. There are already over 180 courses in the UK offering FootGolf, and the prediction is that by summer 2017 there will be more than 300 golf courses throughout the UK that will have a FootGolf course available.

How FootGolf can benefit traditional golf

What FootGolf has done is open the door to a brand new audience that may not have considered playing golf before. As the video below shows, even four Manchester United stars have sampled FootGolf.

Demand for FootGolf from the football community is obviously high. The vast majority of those with an interest in football are bound to be interested in testing their skills around a golf course. Plus, anyone can go for a round as the only equipment you need is a football. This ultimately brings more people onto the golf course, and earns the club more revenue.

Once you have these extra footgolfers on the course and playing, it’s much more likely that they will return for a traditional round of golf, especially if a good impression is created on their first visit.

Gareth May, head of UK development at UK FootGolf, told golfpunkhq.com that the growth of FootGolf should be treated as an opportunity, not a threat, for golf clubs.

He said: “Golf courses that have been operating FootGolf for 12 months or more are now reporting increases in golf club memberships. They’re attributing this increase to the number of new people visiting their facility for the very first time, trying FootGolf and then, as a consequence, trying golf later.” 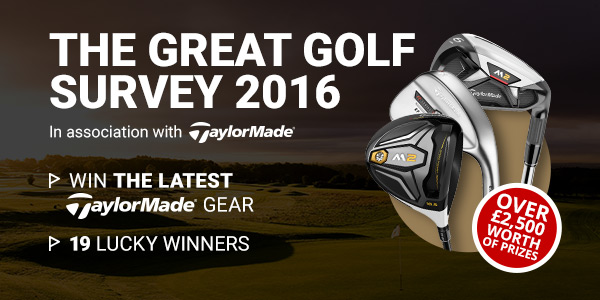 Take part in The Great Golf Survey 2016 for your chance to win one of 19 TaylorMade prizes.

We know how much golfers love their sport, so we want to give you the chance to have your say on all things golf. As a thank you for your time, you’ll be entered into a prize draw to win over £2,500 worth of TaylorMade prizes!

For your chance to win, click here and take the survey now. 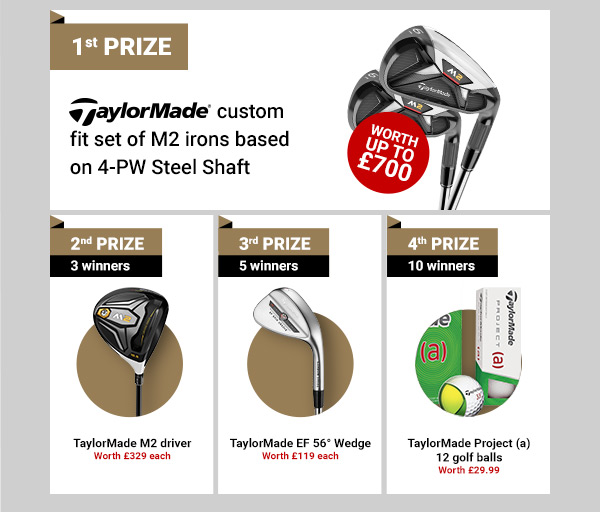 Entry to this prize draw is deemed acceptance of the following Terms & Conditions: